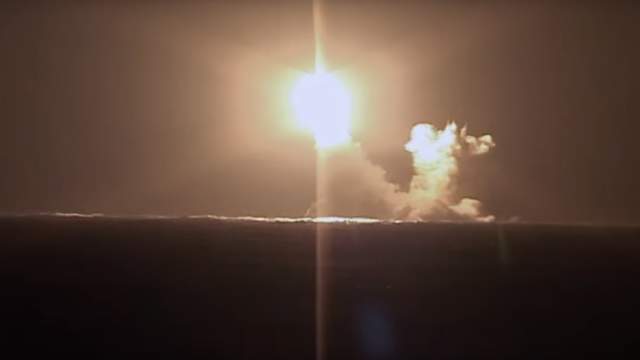 The Russian Navy’s newest nuclear-powered submarine, ‘Knyaz Vladimir,’ has successfully fired a ballistic missile from underwater, which traveled all the way from the White Sea to Kamchatka.

A video posted by the Defense Ministry on Tuesday shows the submarine launching an RSM-56 Bulava (‘Mace’) ballistic missile from a submerged position. Fired from the White Sea, the missile successfully reached its target on the Kamchatka Peninsula in Russia’s Far East.

Having joined the Russian Navy in 2017, ‘Knyaz Vladimir’ is the newest addition to the fleet of upgraded Borei-class submarines. It is currently undergoing sea trials. The submersible is named after 10th century Russian prince Vladimir the Great.