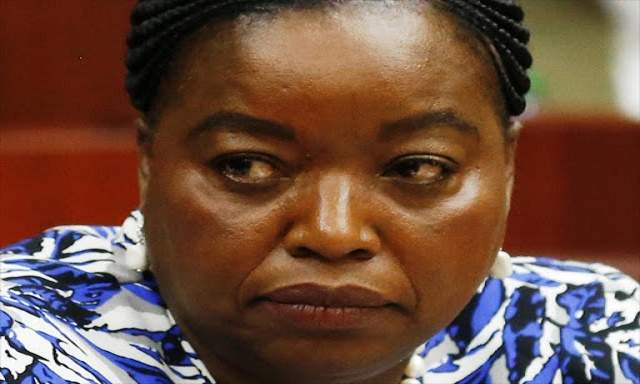 Apart from the growing internal disquiet in her Ministry, Monica is on the spotlight from powerful individuals close to State House for Kenya’s alleged dwindling diplomatic power.

The Head of State, according t  o people close to him, thinks the CS has not lived up to the expectation and has been unable to steer Kenya’s foreign policy well.

It is understood the CS is not getting along with her Principal Secretary, Ambassador Macharia Kamau, and that most of the time the two work at cross-purposes.

“Each one of them is doing what they want. Instead of pulling together in the interest of the country the two are busy doing their own things,” said a cabinet minister aware of the friction.

The President is also unhappy with the manner in which the CS has handled the thorny Somalia maritime issue.

The International Court of Justice on Thursday agreed to delay the public hearing of a case in which Somalia has sued Kenya over a maritime boundary dispute.

Court Registrar Philippe Gautier said the ICJ would open public hearings for the case on November 4, not September 9 as earlier scheduled.

Kenya had on Tuesday asked the court to delay the hearings by up to a year, citing the inability to be adequately represented and that it needed time to recruit a new legal team.

“Apart from the legal team, our behind-the-scenes diplomacy has not worked.  The team that has been handling the issue has been underrating Somalia. As a result, even our traditional (friends) have not been lobbied properly and others have no idea of what support we would like,” said a senior official in the Office of the President.

There is also concern that Kenya could suffer a humiliating defeat at the United Nations during elections for the non-permanent Security Council’s seat.

The victory, one of the rarest feats in recent times at the AU, came in the second round, with Kenya garnering 37 votes against Djibouti’s 13.

But in an interesting turn of events, Djiboutian Permanent Representative to the UN said soon after that the country will not quit the race for the non-permanent membership slot.

The country has continued with its campaign – especially with Arab and Islamic states – in a bid to secure the UN Security Council seat for the 2021-2022 term.

“Our lobbying for this position has been chaotic. We are not sure who among the permanent members with veto powers is with us. If we do not change things  Djibouti will embarrass us,” warned an officer at the Foreign Affairs.

Juma is also accused of antagonising Ethiopia, Kenya’s crucial ally in the region.

The Star has also established that on Thursday this week, Monica engineered a massive redeployment in the ministry that put key directorates in the hands of non-diplomats.

The changes, expected to take effect on Monday, affected a record 14 directorates but heightened unease in the ministry.

“Accordingly, officers are instructed to prepare their handover notes and take their new portfolios by Monday, 9th September 2019,” the deployment letter reads in part.

However, Monica broke the tradition and named individuals who are not yet ambassadors as diplomats.

Among them is Immaculate Wambua, who was given the lucrative America’s Directorate, and Lindsay Kiptines, who was handed the giant Asia, Australia and Pacific Islands desk.

The changes affected all the 17 directorates except diaspora and consular affairs and the Directorate of Events and Conferences.

Monica, an Oxford University-trained scholar, has also come under fire for failing to spearhead the appointment of a new ambassador and his deputy in New York.

Cotu secretary general Francis Atwoli was among influential leaders to openly call for the sacking of Monica.

“I want to plead with President Uhuru Kenyatta. He should reshuffle his Cabinet. In Japan, I didn’t see a good picture as an international person. I didn’t see Kenya’s good picture in Japan,” Atwoli said in respect to the just-concluded Tokyo International Conference on African Development (TICAD-VI).

He went on, “Lobbying went on there. But because of a weak minister or ministers that lobbying put us aside. President Kenyatta must be keen on his Cabinet. He should reshuffle his Cabinet particularly the Ministry of Foreign Affairs.”

It’s alleged that President Kenyatta was not given an opportunity to address the forum yet Kenya was the immediate former host of the influential conference in 2016.

There is also disquiet among serving officers over the “recycling” of retires to serve as Kenya’s ambassadors.

This comes at a time when some ambassadors in the Ministry have not been reposted to foreign missions for almost 10 years since being recalled.

The Foreign Service Regulations state career ambassadors who have been recalled from their stations abroad should be re-posted after utmost two years.

“There is only a skeleton in staff in missions while the bulk in Nairobi is underutilised. The general opinion is that the PS should manage the human resource docket, not the CS who is ever travelling and she does not know her staff well for appropriate deployment and use,” a senior official in the ministry told the Star.