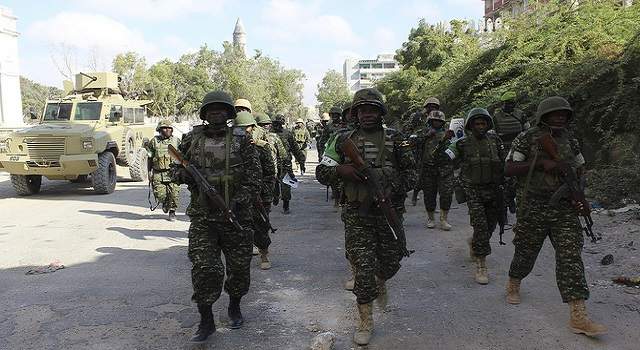 Somalia is negotiating with Turkey and Eritrea for deployment of their military commanders and supply of equipment for the war against Al-Shabaab when the African peacekeepers under Amisom, finally withdraw in 2021.

But the deployment can only be bilateral with the approval of the United Nations Security Council, which despite ordering the phased withdrawal of peacekeepers is aware that Somalia’s security forces lack the capacity to protect the whole country.

Turkey has been Somalia’s leading donor and has invested billions of dollars in infrastructural projects—roads, hospitals, the Aden Adde International Airport in Mogadishu and schools—while Eritrea, Ethiopia, Djibouti and Somalia have recently forged what is known as the Cushitic Alliance, to foster co-operation on economic and security issues among the Horn of Africa countries.

The Turkish ambassador to Kenya Ahmed Cemil Miroglo said he is not aware of such consultations and referred us to their embassy in Somalia and Eritrea.

If Turkey and Eritrea are to step in, it could be a win for Somali given that Amisom, with the help of donors, was supposed to train and equip 30,000 Somalia soldiers before exiting, but so far have only trained 10,000.

“If the idea of African solutions for African problems has failed, then Somalis have no option but to seek help from Turkey and Eritrea or any other willing nation,” said Abdiwahab Sheikh Abdisamad, an analyst with Southlink Consultants and an expert on the Horn.

Dr Abdisamad said that Al Shabaab continue to portray the peacekeepers as an occupying rather than a protection force.

Amisom is currently applying the new operations blue print known as the Concept of Operations, which will see several Forward Operating Bases reconfigured and others shut down as peacekeeping troop numbers reduce.

In May, the UN Security Council approved a British-backed resolution to cut the number of peacekeepers on the ground to 19,626. But as Amisom prepares to leave by 2021, a new patriotic sentiment is emerging among ordinary Somalis that Amisom’s presence is fuelling the resurgence of Al Shabaab.

Abdulaziz Ali Ibrahim Xildhiban, a former adviser of the Internal Security Ministry of the Somali Federal government, told The EastAfrican that Amisom cannot stay in Somalia forever and that the mission has become more for economic gains for the troop-contributing countries and the non-governmental organisations operating in the country.

He argued that Amisom’s withdrawal could diminish Al-Shabaab’s reasons for fighting Mogadishu and staging terror attacks in Somalia and neighbouring countries.

He, however, said that while peoples’ distrust of the government is a hindrance to winning the war on terror, the withdrawal of Amisom without a trained and disciplined army is likely to see the return of clan warfare as soldiers turn into clan militia.

Abdullahi Adan, the chairman of the Wadaag political think tank based in Mogadishu, said that the presence of Amisom is hindering them from strengthening their ability to fight Al Shabaab.